If the Iraqi population is “threatened by the use of force outside the law, then we will intervene militarily,” he said in an interview with the Associated Press news agency on Saturday.

Iraq’s Kurdish region plans to hold the referendum on support for independence from Iraq on September 25 in three governorates that make up their autonomous region, and in disputed areas controlled by Kurdish forces but which are claimed by Baghdad.

READ MORE: US urges Kurds to call off independence vote

The leaders of Iraq’s Kurdish region have said they hope the referendum will push Baghdad to come to the negotiating table and create a path for independence. However, Abadi said such negotiations would likely be complicated by the referendum vote.

“It will make it harder and more difficult,” he said, but added: “I will never close the door to negotiations. Negotiations are always possible.”

Iraq’s Kurds have come under increasing pressure to call off the vote from regional powers and the United States, a key ally, as well as Baghdad.

In a statement released late on Friday, the White House called for the Kurdish region to abandon the referendum “and enter into serious and sustained dialogue with Baghdad”.

“Holding the referendum in disputed areas is particularly provocative and destabilising,” the statement read.

Tensions between Irbil and Baghdad have flared in the lead-up to the September 25 vote.

Masoud Barzani, the president of Iraq’s autonomous Kurdish region, has repeatedly threatened violence if Iraqi military or Shia militias attempt to move into disputed territories that are now under the control of Kurdish fighters known as Peshmerga, specifically the city of Kirkuk.

Bayati’s forces – sanctioned by Baghdad, but many with close ties to Iran – are deployed around Kirkuk as well as other disputed territories in Iraq’s north.

“Everyone is under pressure,” he said, explaining that he feared a rogue group of fighters could trigger larger clashes. “Anything could be the spark that burns it all down.”

Abadi said he is focused on legal responses to the Kurdish referendum on independence. Earlier this week Iraq’s parliament rejected the referendum in a vote boycotted by Kurdish politicians.

Iraq’s Kurds have long held a dream of statehood. Oppressed under Saddam Hussein, whose military in the 1980s killed at least 50,000 of them, many with chemical weapons, Iraq’s Kurds established a regional government in 1992 after the US enforced a no-fly zone across the north following the Gulf War.

After the 2003 US-led invasion ousted Saddam, the region secured constitutional recognition of its autonomy, but remained part of the Iraqi state.

Abadi began his term as prime minister after Mosul had fallen to the Islamic State of Iraq and the Levant (ISIL) group, plunging Iraq into the deepest political and security crisis since the sectarian bloodshed that followed the 2003 US-led invasion.

Over the past three years, Iraqi forces slowly retook territory from ISIL, also known as ISIS.

However the military successes have come at great cost. In the fight for Mosul alone between 970 and 1,260 civilians were killed and more than twice as many members of Iraq’s security forces lost their lives, Abadi told the Associated Press news agency. 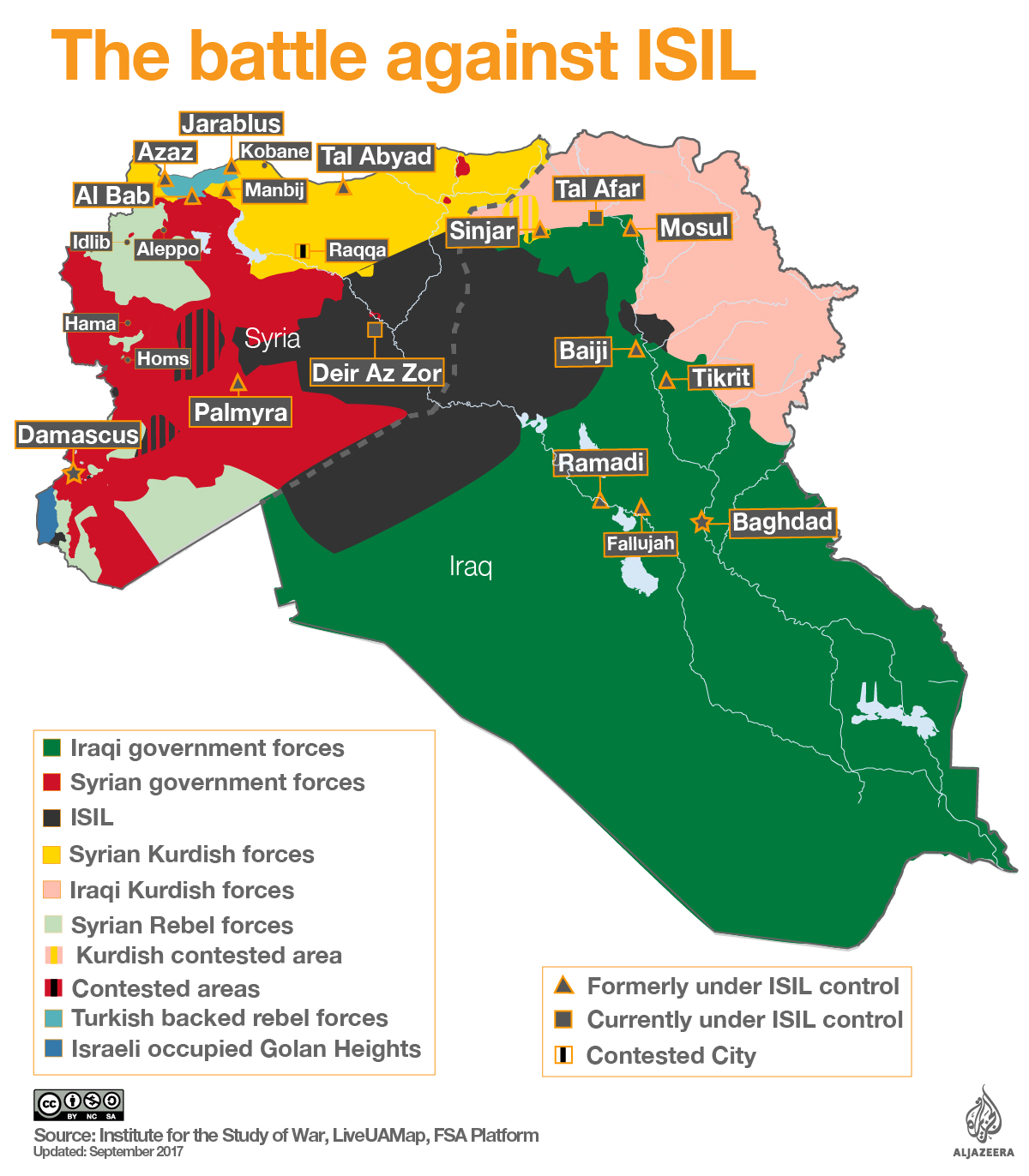 Despite territorial losses, ISIL continues to carry out attacks in Iraq.

On Thursday, an attack claimed by ISIL at a checkpoint and restaurant in southern Iraq left more than 80 killed and 93 wounded.

Years of war have left more than 3 million people displaced. Cities, towns and villages retaken from ISIL lie in ruins and the forces made powerful by the arms and training that flooded Iraq to fight the armed group are now attempting to leverage that influence.

Some 80,000 Iraqis made the treacherous journey to Europe by sea in 2015 alone, according to the United Nations.

Locating the Rohingya in time and space | Myanmar

Palestinians speak out about torture in PA prison | Palestine

Ben - January 21, 2020
0
European Union foreign ministers have agreed to look at ways to support a long-term ceasefire in Libya, but only if warring parties stuck to...

Ben - January 21, 2020
0
An estimated 3.6 million European Union citizens live in the UK but after the Brexit transition period ends at the end of this year,...

Ben - January 18, 2020
0
Iran's Supreme leader says European countries can not be trusted in negotiations over the 2015 nuclear deal. Ali Hosseini Khamenei made the comments ... source
Your Ad here

Inside Story – Taking on the tax havens